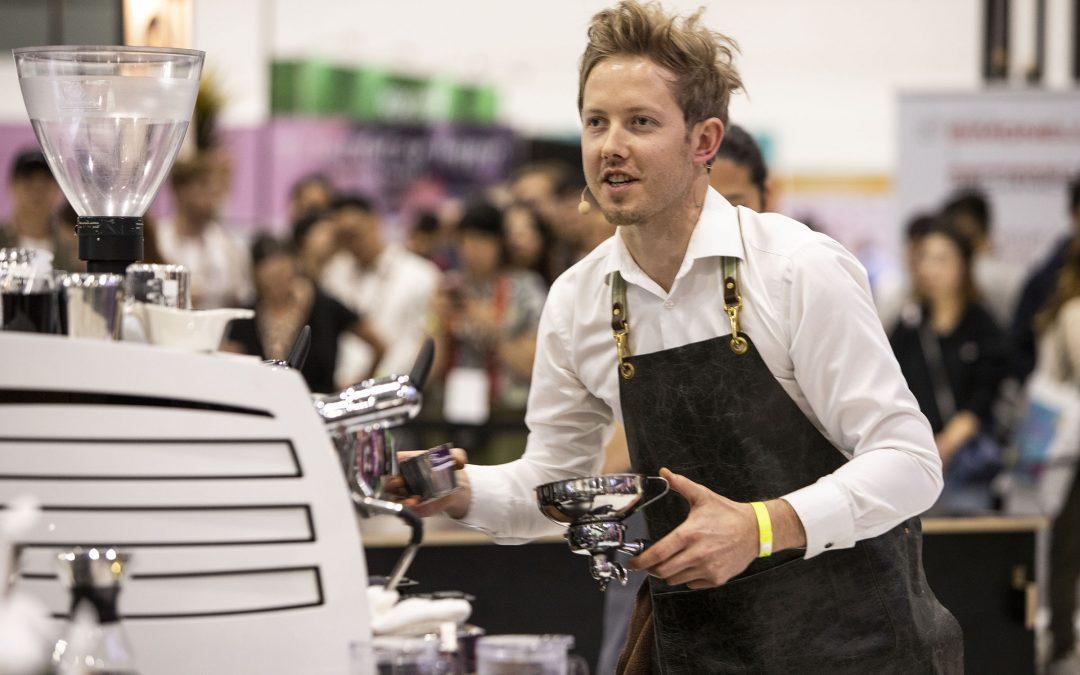 After competing in the Australian Barista Championship finals for the past six years, Matthew Lewin of ONA Coffee has been crowned the Champion.

“This is an incredible achievement for me. It doesn’t feel real. When Hugh Kelly’s name was called in second place, I was stunned,” Matthew says.

“I’ve finished in every possible position from second to sixth place, so to do it the hard way is so much more rewarding. You have the opportunity to think ‘OK, I’m not going to try anymore, but every year I’ve improved, and grown as a person.”

Matthew’s routine recognised that in order to encourage more people to become involved with specialty coffee, we need to make the industry accessible to the ‘every-day’ coffee drinker. Asking customers in ONA Coffee’s stores “What do you like?” has allowed Matthew to connect with people on a new level, and expand on what they like about their coffee.

“The calibre of today’s finals field was just incredible. It’s so hard to win here (in Australia), which is why it feels so surreal to finally win,” Matthew says. “I was competing against what I consider to be some of the best baristas in the world. It’s like winning the lottery, that’s how it feels. I can’t believe it.”

Matthew will now represent Australian in the World Barista Championships, taking place at the Specialty Coffee Expo in Boston, United States from 11 to 14 April.