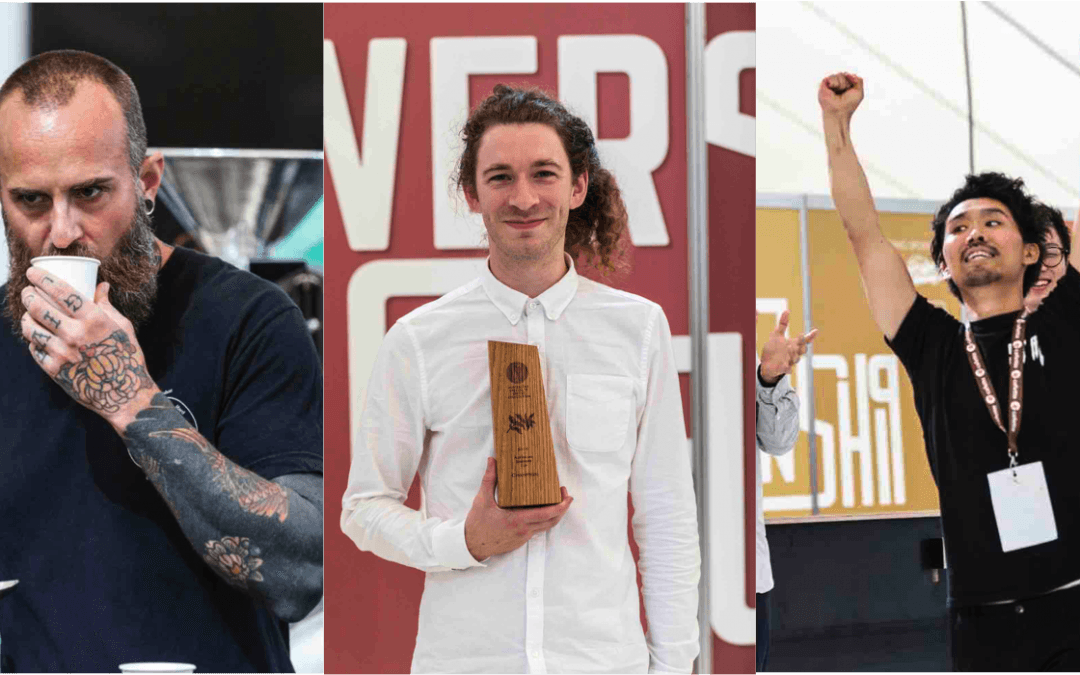 Craig Simon of Veneziano Coffee Roasters in Melbourne has won the Australian Pura, Dairy Farmers and Vitasoy Barista Championship after a four-year hiatus.

For his winning routine, Craig presented four espressos, four milk-based beverages, and four signature drinks for the judges for assessment. He used two Geisha coffees from Ethiopia and Colombia as part of his routine to demonstrate his concept of a tasting matrix specific to coffee, inspired by the wine industry’s deductive tasting grid. The coffee tasting matrix categorises primary, secondary and tertiary flavours of the coffee presented, coming from variety, growing conditions, processing and roasting.

“By taking a systematic approach to tasting and analysing coffee, we can better understand the nature of that coffee, but also give a better and more relatable experience to customers,” Craig says. “The deductive coffee tasting matrix is my tool for giving a consistent and cohesive experience to coffee drinkers, even when the specific flavours are ever changing.”

Craig will represent Australia at the World Barista Championship (WBC), taking place at World of Coffee in Amsterdam from 20 to 23 June 2018.

Five Australian Coffee Champions were crowned on the last day of the Melbourne International Coffee Expo (MICE) on 24 March, 2018. Over three days, a total of 11,043 visitors attended the seventh edition of MICE, an increase from the 9,646 visitors in 2017.

Shinsaku “Shin” Fukayama of St Ali won the title of Australian Latte Art Champion, thanks to his original and creative designs including the Queen Bee, Jungle Monkey, and Caffeinated King Rooster.

Jibbi Little of Jibbibug was runner up, and Li Tao from Talnic Espresso placed third.

“I gained 4.5/5 for most of my patterns. The monkey was by far the most creative and challenging of all the patterns I produced,” Shin says. “My theme for this year’s competition was happiness – all I wanted was to entertain the audience, make my customers happy and present designs that bring a smile to people’s faces.”

Shin has been training for the title almost a year since last year’s national competition in which he placed runner up. In his fourth attempt at the national title, Shin was confident on stage and surrounded by his wife, parents and friends. Finally, with tears in his eyes, he threw his arms in the air as his name was announced the 2018 Australian Latte Art Champion.

“I am so happy,” he says. “I can’t wait to do my best on the world stage. I’ll bring back the [World Latte Art Championship] trophy to Australia,” Shin says.

The Australian Cup Tasters Championship saw barista speed and accuracy put to the test. The coffee cuppers demonstrated their ability to distinguish the taste differences in specialty coffees by identifying the odd cup in each triangulation of eight as quickly as possible.

Yama Kim of Kingswood Coffee in Sydney took out the title for the second year in a row, scoring 8/8 coffees correctly in a time of one minute and 45 seconds. Jin Ha was runner up scoring 7/8 in one minute and 37 seconds, and Ru Teow placed third with a score of 7/8 in five minutes and 40 seconds.

In this competition, roasters are scored on their ability to evaluate the quality of green coffee, develop a roast profile that best accentuates the desirable characteristics of that coffee, and on the ultimate cup quality of coffees roasted.