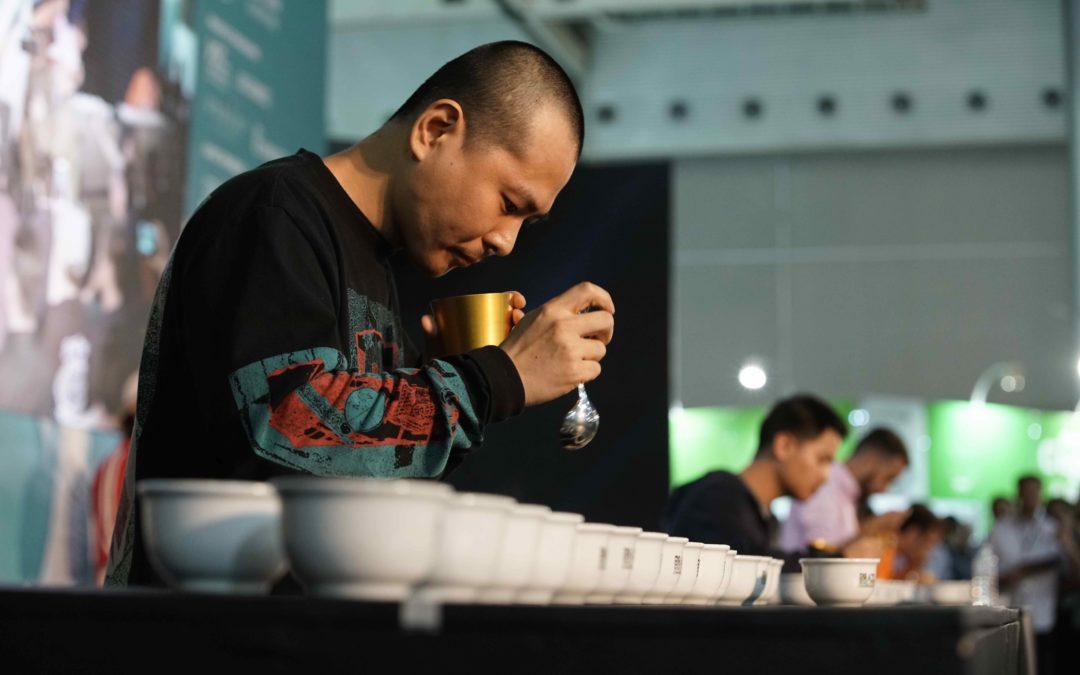 Yama Kim of Kingswood Coffee has taken out the title of 2018 World Cup Tasters Champion!

Yama led the way in the Quarter-Final and Semi-Final rounds, eventually clinching the title with 7/8 correct in 4:38 minutes. The performance comes off the back of Yama’s quick accuracy in the 2018 ASCA Australian Coffee Championships led him to become Australian Champion for the second year in a row.

As part of his title, Yama has won a trip to Origin. But for now, his palate is taking a rest before heading home with the Championship trophy.