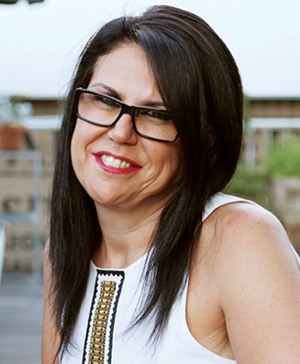 The Australian Specialty Coffee Association (ASCA) in collaboration with the Genovese family are seeking nominations for the Eleonora Genovese Australian Coffee Woman of the Year, and Rising Star Awards for 2017.

In 2016, Melissa Caia and Lucy Ward were the first recipients of the award, which recognise the many contributions Eleonora Genovese made to the Australian coffee community.

Eleonora sadly lost her brave battle with cancer on 19 September 2015.

Eligible candidates for the Eleonora Genovese Australian Coffee Woman of the Year Award must demonstrate a career of 10 years or more in the coffee industry, be actively involved in the coffee community (such as active promotion of the industry, volunteer work in competition, judging or event assistance), be a mentor in their line of work, and demonstrate commitment to growing and supporting the Australian coffee scene.

For more than 10 years, Eleonora was involved in the ASCA and World Barista Championship (WBC). She supported barista competitions at national and international level, and attended many WBC events around the world.

A panel of ASCA representatives and the Genovese family will shortlist the candidates and make a collective decision on the award winners.

A Rising Star Award will also be presented to an up and coming industry female who has made a great impression in their field of work, regardless of their length of time in the industry.

Eleonora displayed many qualities that women in the coffee industry should aspire towards, such as drive, leadership, and passion to unite the local and international coffee communities.

The recipient of the award must encompass those same values that Eleonora so proudly displayed.

All nominations can be made to info@aasca.com with the nominated name, and reason for the selection.

Applications must be submitted by 1 September 2017. The award recipients will be announced at a date closer to the second anniversary of Eleonora’s passing.