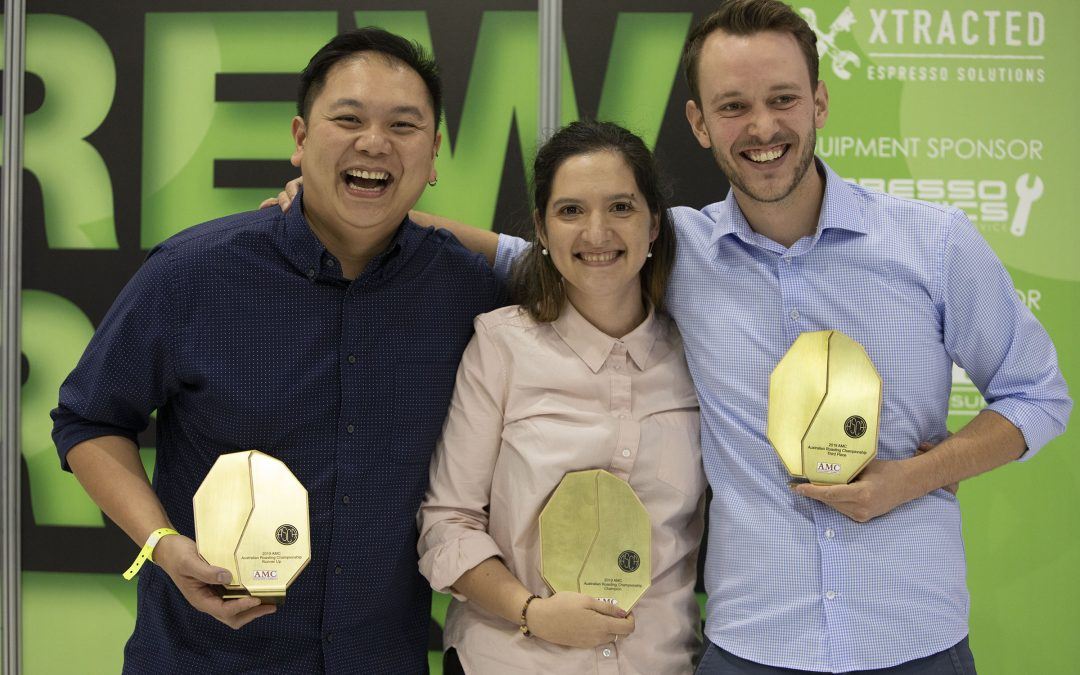 Yanina Ferreyra from Project Origin has taken the title of 2019 Australian Brewers Cup Champion in her first Nationals attempt.

Devin Loong of ONA Coffee placed second in the event, while David Train from Code Black Coffee came in third.

Yanina started competing in 2016, when she made the finals of the Australian Barista Championship.

“I’m still pretty overwhelmed. I’m not sure if it’s beginners luck. I can’t believe it,” Yanina says. “This year I wanted to do something completely out of my depth. I didn’t want to do barista competitions again because I’d already done that, so I decided to give Brewers Cup a go – I didn’t even know how to do a V60 pour over until six months ago.”

Yanina used her experience as a green bean buyer in her routine, explaining how experimentation can pay off for producers.

“As a green bean buyer, I work with experimental processing. I tend to see a lot of crazy experiments happening at origin, but for this competition I wanted to present the judges and the audience with an elegant and refined version of aerobic fermentation in the cup,” Yanina says.

Yanina will now compete at the 2019 World Brewers Cup Championship, taking place from 11-14 April in Boston.