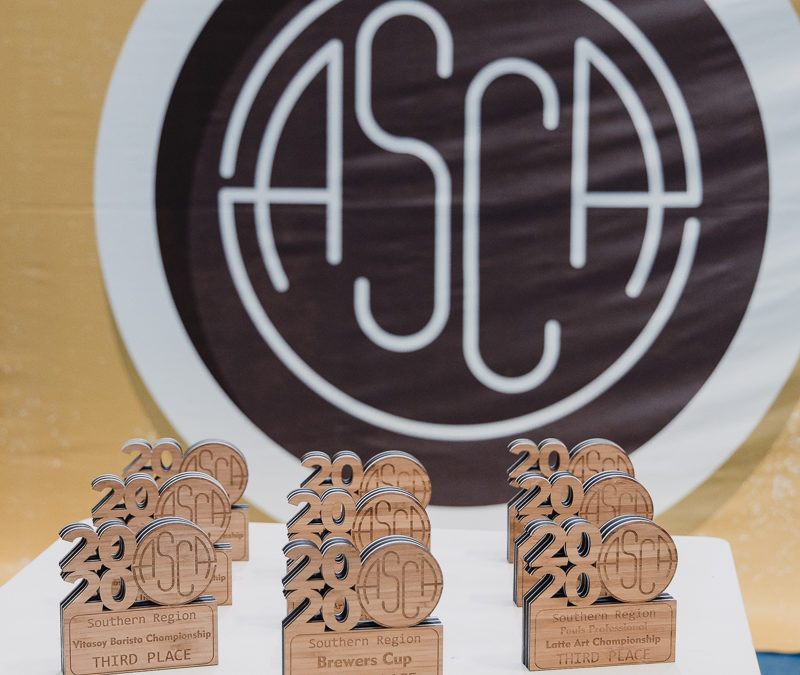 “This is the culmination of six years of hard work,” Anthony says.

“I was inspired by feedback on my previous routine at nationals, where I scored well across most of the boxes except for flavour, so I realised there was a lot of work I need to do to understand flavour and how it was perceived and better control that.”

“[For nationals,] I’ll be taking my same routine to the next level. I’m taking in the advice and feedback that I received at the regionals and see how far I can take it.”

“It’s my second year competing in the ASCA Southern Region Championship, but all my hard work from the past has gone into this, it has been a long road to get here,” Victor says.

“Every time you compete you learn. You learn how to prepare better, how to brew better, and how to put ideas together,” David says.

“Every year I’ve taken what I’ve learnt and tried to apply it to the brewing. But I also am lucky to have had really awesome coffee.”

Kyoungha “Charlie” Chu of St Ali has won the ASCA 2020 TCX Southern Region Cup Tasters Championship with a score of 8/8 in three minutes and six seconds. Yuki Saito of Addict Food and Coffee was runner up and Sheng-Wei Wu of Cote Terra Coffee Roasters placed third.

“I saw the 2019 Australian Cup Tasters at the Melbourne International Coffee Expo and it inspired me to take part,” Charlie says.

“Cup Tasters seemed like a good way to test my skill.”

The next regional will take place at Optus Stadium in Western Australia from 16 to 17 November.