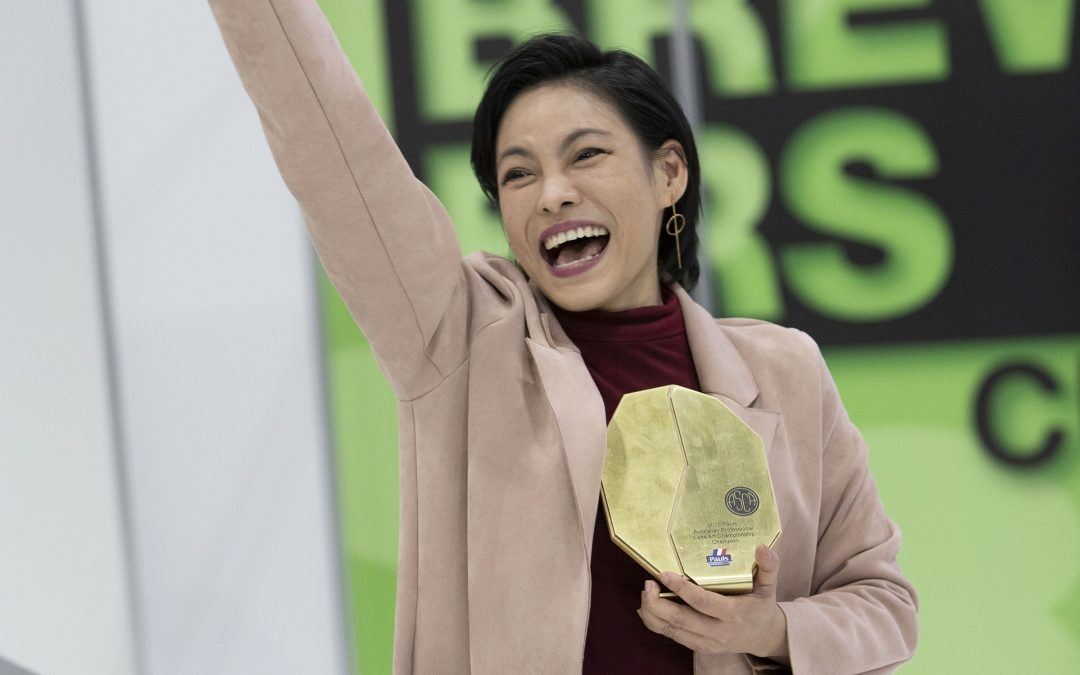 Jibbi Little has been crowned as the 2019 Australian Pauls Professional Latte Art Champion.

Jibbi’s patterns were influenced by her favourite stories as a child. Her two free pour designs focused on the tales of Mary Poppins and The Fantastic Mr. Fox.

“These were some of my favourite books to read growing up,” Jibbi says. “I really wanted to have a nanny when I was growing up because of [Mary Poppins].”

“I think latte art should be meaningful. I don’t want to just pour patterns, I want to leave something special behind,” Jibbi says.

Jibbi’s designer latte art pattern drew inspiration from Aesop’s fable The Lion and the Mouse. She used black colouring to accentuate the mouse’s eye and lion’s paws and facial features.

Jibbi Little will represent Australia at the World Latte Art Championships in Berlin, from 6-8 June 2019.