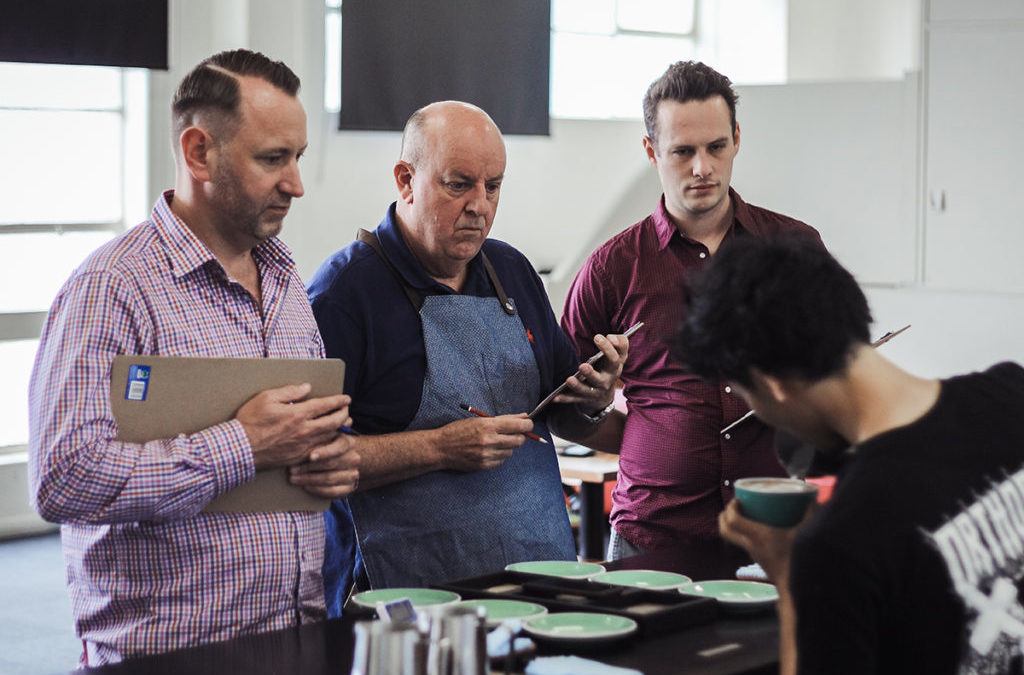 Jeremy Regan, Lance Brown and Nick Percy put Shin through his paces on 31 October in a final preparation effort at Veneziano’s world-class barista training facility in Melbourne. The judges simulated WLAC conditions to give Shin the best possible chance in next week’s competition.

“I could tell that Shin had worked hard on his preparation. He did a fantastic job in front of three hard but fair judges and should do us proud in Brazil,” Lance says.

Shin can’t reveal his art bar design or free pour designs prior to the competition, but he is confident his patterns embody a balance between creativity, complexity and reality.

Shin will travel to Brazil on 3 November to participate in the WLAC, taking place at International Coffee Week in Belo Horizonte from 7 to 9 November.