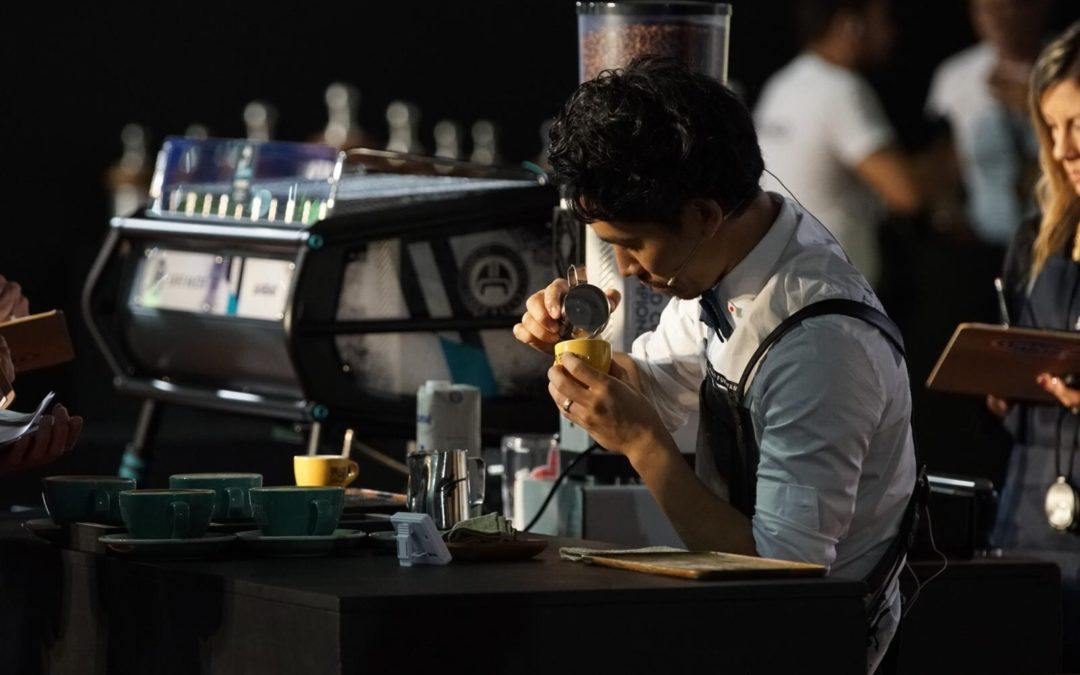 Shin “Samurai” Fukayama has placed fourth in the 2018 World Latte Art Championship over the weekend.

One of St. ALi’s star performers, Shin became a first-time ASCA Australian Champion earlier in the year, when we won the 2018 ASCA Australian Latte Art Championship at MICE2018.

Since then, Shin has been practicing hard to wow the judges on the world stage, most recently with an intensive training session overseen by Australia’s three WCE-certified Latte Art judges.

And wow them, he did. Shin’s patterns: free pour Baby Elephant Picking Bananas, free pour Queen Bee and designer art Koala were all stunning in their execution.