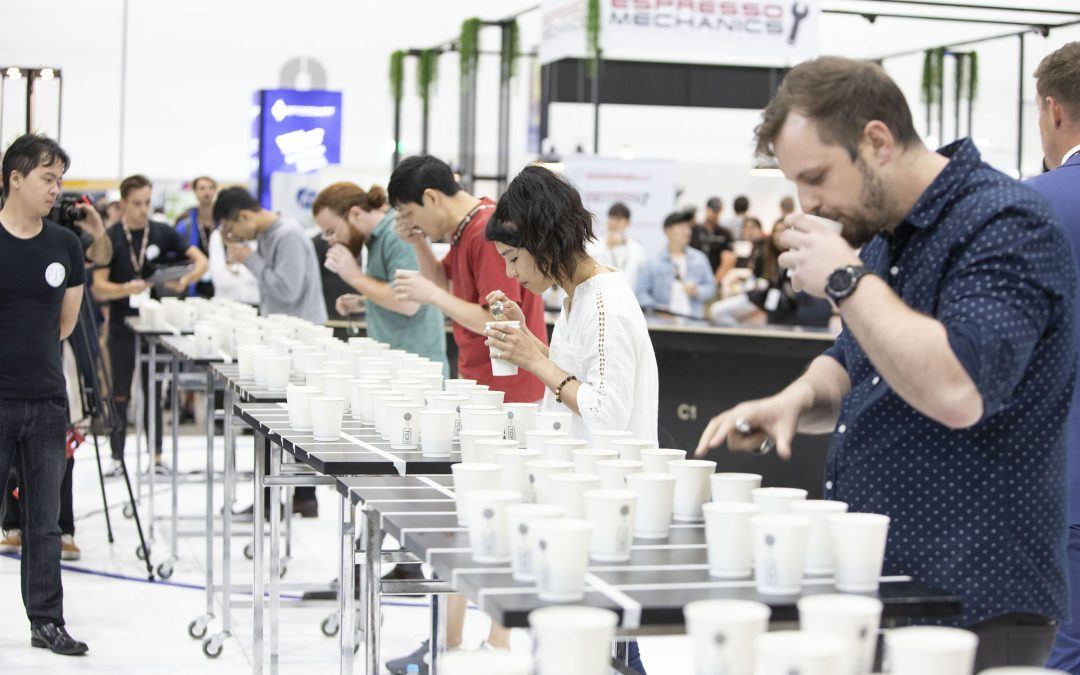 MJ scored a perfect 8/8 in six minutes and 28 seconds, the longest time recorded of the six competitors.

“I knew everyone else competing would be really good, so I just went for the perfect score and wasn’t really worried about the time,” MJ says.

Runner-up Juwon Jung finished with the fastest time of one minute and 41 seconds and scoring 7/8.

MJ Kim will compete in the 2019 World Cup Tasters Championship at World of Coffee in Berlin, Germany from 8 to 10 June.

“I’ll definitely do more palate training [ahead of the World Championship], try to relax and go for a perfect score,” MJ says.